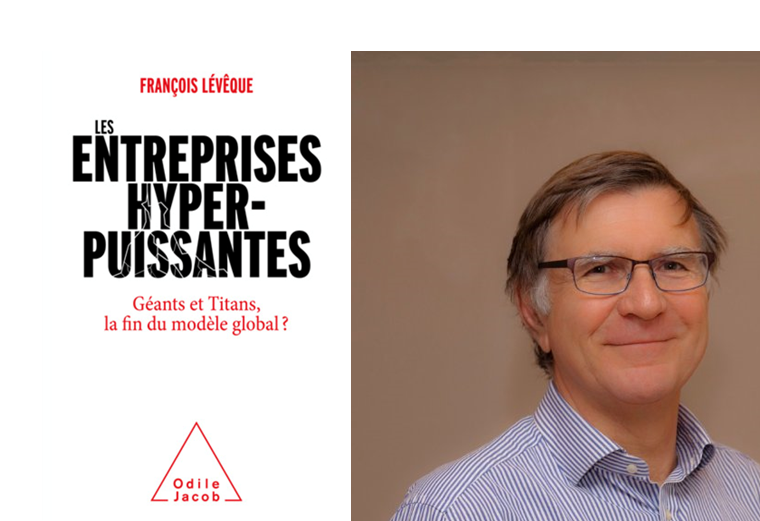 A thousand companies have become giants and multi-billionaires. Some are GAFAs and are the subject of much criticism but others are unknown to the general public. All of them continue to expand their power. But haven't the "really big companies" become too big?

In his latest book published by Editions Odile Jacob, François Lévèque shows that they contribute to increasing inequalities and undermine democracies through their power over consumers. However, the gods of Olympus - the States - have not said their last word. Everywhere, the fightback is being organized. At the same time, technological nationalism and geopolitical fragmentation are at work between China, the United States and Europe, signs of a de-globalization in progress. François Lévèque tells Les Echos newspaper: "For both Washington and Beijing, there is no way a company from the other side of the Pacific can access the personal data of hundreds of millions of their citizens. Therefore, we should not count on global competition. competition on a global scale between Alibaba and Amazon, Baidu and Google, or Tencent and Facebook. The titanic digital platforms will only compete outside their home territories and satellite countries. For the giant digital platforms, whether Chinese or American, the prospects of globalization on a planet-wide scale are now illusory."  Are hyper-powerful companies the end of a global model?

Read the article by François Lévèque in The Conversation