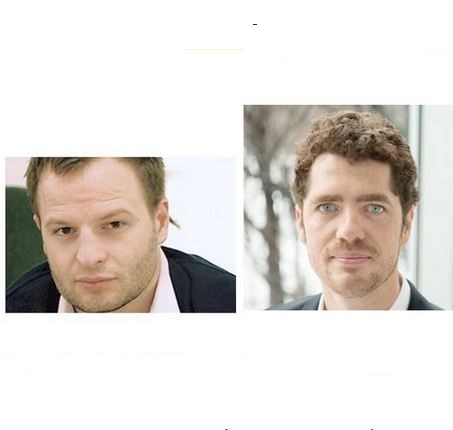 A specialist in the political sociology of economics, Benjamin Lemoine studies public debt and the links between States and globalized capital markets. He joined the l’Institut de Recherche Interdisciplinaire en Sciences Sociales (IRISSO) in 2013 as a research fellow at the CNRS. He had previously continued his work as part of a two-year post-doctoral study entitled “Rating the State. Sociology of Sovereign Financial Risk Assessment”, at the Centre de Sociologie des Organisations (Sciences Po) and at IFRIS, under the supervision of Olivier Borraz.

The Bronze Medal rewards the first work of a researcher – which makes him a talented specialist in his field. This award represents an encouragement by the CNRS to pursue well initiated and already fruitful research.

Alaric Bourgoin, winner of the Human Relations 2018 Paper of the Year Award

Alaric Bourgoin and his co-author Jean-François Harvey are the winners of the 2018 Paper of the Year Award for their publication in Human Relations. They received the award on August 11 in Chicago, at the reception organized by the journal for the Annual Meeting of the Academy of Management.

The article entitled Professional image under threat: Dealing with learning-credibility tension is largely based on the research conducted by Alaric as part of his thesis “Management consulting in the test of its development: an empirical study”, prepared at the CSI under the supervision of Fabian Muniesa. This work led to the publication in 2015 of the book Les Équilibristes. Une ethnographie du conseil en management at Presses des mines.

The Human Relations Paper of the Year Award is given to the paper that the Editorial Team considers best encapsulates broad readership appeal, sound methods, and whose theory advances our understanding of human relations at work