« News archives
The Spring Issue of the Libellio is released 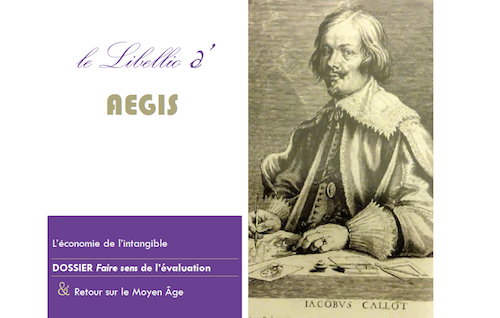 Aude Deville and Stéphanie Chatelain-Ponroy co-ordinated a special issue on making sense of evaluationwith contributions from researchers in management control: with rich and varied perspectives, they illuminate this phenomenon which is at the heart of our societies and our economies.

The Geek rubric explains how to find text in a corpus of images.

Two book reviews, too, one of which deals with contemporary economics and its intangible dimension, capitalism without capital, a new and important subject; the other returns to the Middle Ages, echoing the record on the book by Giacomo Todeschini in the previous issue.

Tribute is paid to Philip Kerr who just passed away, master of crime novel and short story, and to this wonderful but too neglected artist, Jacques Callot, master of engraving whose works are available on Gallica.