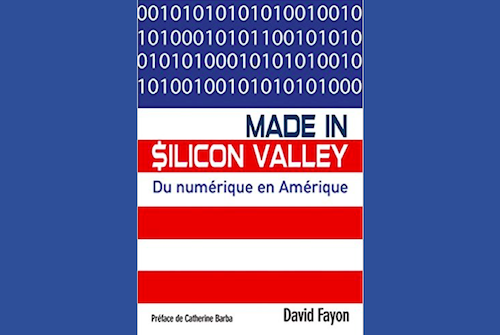 Once upon a time ... digital. For anyone interested in entrepreneurship, the United States remains a mythical land: what lessons can French companies learn from the dynamism of the United States? What are the "uberizations" and the possible innovations for them? What can inspire French leaders to ensure their digital transformation? What are the good practices that can be applied?

DFrom Silicon Valley to New York, Seattle, Boston ... David Fayon conducted a field survey to understand the reasons for North American supremacy in digital over the entire value chain: hardware, software, data. He has conducted more than eighty interviews with actors of all nationalities present in US: at IBM, Microsoft, Intel, Cisco and many start-ups of any sector, as well as among these "giants" gathered under the acronyms GAFA (Google, Apple, Facebook, Amazon) and NATU (Netflix, Airbnb, Tesla, Uber).

His objective: to better understand the reasons for their success in enlightening its European counterparts. Beyond the investigations and benchmarks, it provides valuable insights into the opportunities for cooperation between France and North America in order to have growth relays. It also draws on good practices to propose the actions and initiatives that French decision-makers, regardless of their degree of responsibility, could put in place to innovate, "disrupt" mentalities and create value.