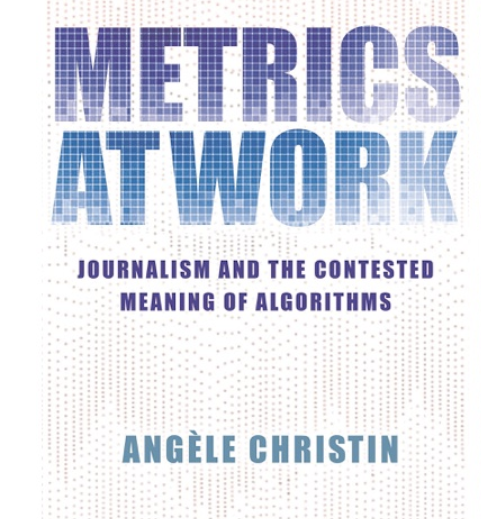 The CSI Guests Seminar will host

to discuss her book

Metrics at Work: Journalism and the Contested Meaning of Algorithms

Introduction to the discussion by Clément Gasull 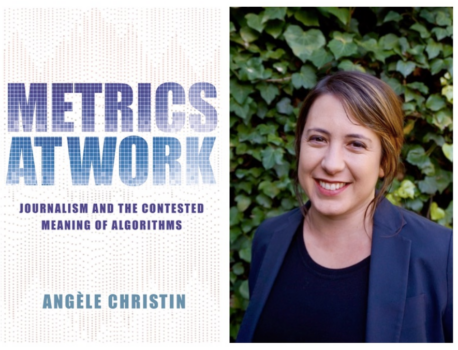 Back cover: When the newonline, journalists suddenly learned what their audiences actually liked, through algorithmic technologies that scrutinize web traffic and activity. Has this advent of audience metrics changed journalists’ work practices and professional identities? In Metrics at Work, Angèle Christin documents the ways that journalists grapple with audience data in the form of clicks, and analyzes how new forms of clickbait journalism travel across national borders.

Drawing on four years of fieldwork in web newsrooms in the United States and France, including more than one hundred interviews with journalists, Christin reveals many similarities among the media groups examined—their editorial goals, technological tools, and even office furniture. Yet she uncovers crucial and paradoxical differences in how American and French journalists understand audience analytics and how these affect the news produced in each country. American journalists routinely disregard traffic numbers and primarily rely on the opinion of their peers to define journalistic quality. Meanwhile, French journalists fixate on internet traffic and view these numbers as a sign of their resonance in the public sphere. Christin offers cultural and historical explanations for these disparities, arguing that distinct journalistic traditions structure how journalists make sense of digital measurements in the two countries.

Contrary to the popular belief that analytics and algorithms are globally homogenizing forces, Metrics at Work shows that computational technologies can have surprisingly divergent ramifications for work and organizations worldwide.

Angèle Christin, Metrics at Work: Journalism and the Contested Meaning of Algorithms, Princeton UP, 2020