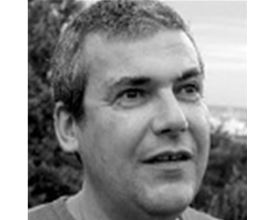 Introduction to the discussion by Evan Fisher

“Faced with the worsening environmental crises it has caused, the industrial society seems to be struck with blindness. It is lulled by the illusion that everything will eventually work out, thanks to the flexibility of the market, technological innovation and the inventiveness of capital. A whole economic mythology thus hinders the reflection and perception of the gravity of the situation. In order to undo this mythology, this book seeks to understand its history, by combining two complementary avenues. The disaster we are moving towards to has been announced for half a century. Among the thinkers of political ecology of the years 1967-72, Gregory Bateson and Ivan Illich’s backgrounds allow us to observe the emergence of this reflection, then its occultation under the effect of the neo-liberal shift of the 1980s. But to grasp the power of the myth and its devastating effects, we have to go back much further in time. The appetite for transformation of the natural world through human action corresponds to a general tendency of the West in the long term of the second millennium of the Christian era. This is what can be described as a dynamic of occupation of the world, in the dual sense of an objective occupation by beings subjectively engaged in transforming it.

The scholastic theologians were the first to observe this phenomenon in the 13th century. Starting point of a reflection on economy, their moral philosophy can nowadays provide critical arguments against the dogmas of contemporary economic thought. While political and sociological reflections have had many opportunities to rephrase their postulates, economic thinking has remained trapped by assumptions that now give it an almost theological texture. This unthought is the first responsible for our inability to cope with current crises.

This long-running essay on history offers a global interpretation of the economic destiny of the West, with a view to defend the need for another relationship to the world. It will be followed by a second volume that will present the formation of myths and modern economic concepts.”