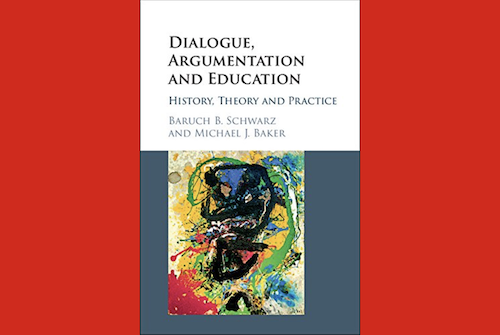 a book by Baruch B. Schwarz and Michael J. Baker. Cambridge University Press.

New pedagogical visions and technological developments have brought argumentation to the fore of educational practice. Whereas students previously 'learned to 'argue', they now 'argue to learn': collaborative argumentation-based learning has become a popular and valuable pedagogical technique, across a variety of tasks and disciplines. Researchers have explored the conditions under which arguing to learn is successful, have described some of its learning potentials (such as for conceptual change and reflexive learning) and have developed Internet-based tools to support such learning. However, the further advancement of this field presently faces several problems, which the present book addresses. Three dimensions of analysis - historical, theoretical and empirical - are integrated throughout the book. Given the nature of its object of study - dialogue, interaction, argumentation, learning and teaching - the book is resolutely multidisciplinary, drawing on research on learning in educational and psychological sciences, as well as on philosophical and linguistic theories of dialogue and argumentation.