« News archives
Armand Hatchuel made Knight of the Legion of Honor 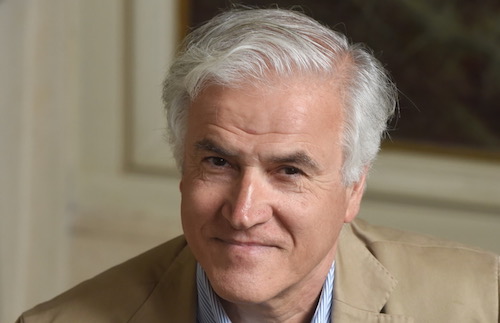 Armand Hatchuel is a Professor in Sciences of Management at i3, Mines ParisTech where he has developed several academic programs. In 2009, along with Benoit Weil, and with the support of eleven companies, he created the chair of “Theory and Methods of Innovative Design”.

Armand Hatchuel initially conducted many research programs on the optimization of production systems, then became a pioneer in the study of creative dynamics of collective action. He has built an axiomatic coined “knowledges-relations” and proposes a “fondational” epistemology of Management Sciences.

On the basis of an empirical and historical study of innovative firms, he has developed, along with Benoit Weil, then with Pascal Le Masson, a theory of innovative design (the C-K Theory) that models creative rationality and clarifies the various regimes of contemporary innovation, the limitations of the notion of R&D and the remarkable metabolism of new collectives.

This theory has received an important international response. It has inspired new innovation management processes in large companies, and also has an impact in several other disciplines such as engineering sciences, social sciences, neuropsychology, philosophy of arts and technology, history.

Recently, along with Blanche Segrestin, he started a series of research projects on the crisis of the contemporary company and its overtaking in the context of the College des Bernardins ; these research works have lead to the establishment of new company statutes, namely the statute of “companies with wide-range business object” ("SOSE") and more generally that of “mission-based companies”. In 2011, their book “Refonder l’entreprise” (“Rebuilding companies”) has received considerable feedback in numerous public and international reports (G8).

Armand Hatchuel has contributed significantly to Management Sciences and has proposed a formalization (the C-K Theory) which has become a reference in the field of innovative design processes. He is an internationally renowned scientist, and besides the Legion of Honor that will be presented to him on July 3, 2017, he has received several distinctions for his contribution to science. He is also a member of the Academy of Technology, a Fellow of the Design Society, and the Vice-President of the Cultural Center of Cerisy-la-Salle’s Board of directors, he is a columnist in the business section of the newspaper Le Monde, Cahier Eco-entreprise, and since 2011, a member of the Economic and Social Council of Morocco.