« Tous les évènements
The function of finance: an ethnographic analysis of competing ideas 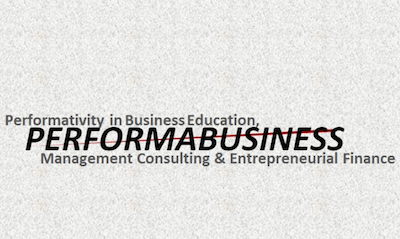 Avec Alexandra Ouroussoff (Brunel University) Recent ethnographies of financial institutions have been conducted on the assumption that finance, in all its variants, serves to maintain and reinforce market competition. This presupposition corresponds with the ideas of fieldwork subjects -- financial analysts, traders, and fund managers -- who, according to ethnographers, see themselves as continually adapting economic and institutional processes to the needs of the competitive system. Ethnographic analysis of elites occupying different positions in the capitalist structure, however, shows that this assumption possesses validity only for and within certain groups.  From the perspective of many elites, including many investor groups, during the 1970s, the basic axioms of capitalism changed.   The market economy, they hold, is not driven by competition but by non-competitive market forces that finance serves to reinforce.  Their perspective introduces a new paradigm of the core dynamic, which, it should be emphasized, does not fall under the concepts of monopoly capitalism as defined by classical theory.  In this presentation I will describe the principles and institutional arrangements that embody the core dynamic as perceived by a range of elites. The question I would like to put to the seminar is does this new perspective lend insight into the actual workings of the world market system, and if so, what are the implications for classical theory? Alexandra Ouroussoff, chercheuse à l’université de Brunel (Royaume-Uni), est l’auteure de Wall Street at War: The Secret Struggle for the Global Economy (Polity Press, 2010, traduction française révisée : Triple A. Une anthropologue dans les agences de notation, Belin, 2013). Introduction par Fabian Muniesa, Centre de sociologie de l'innovation, Mines ParisTech.