« News archives
Richness of nature and poverty of nations. An essay on the curse of the mining and oil rents in Africa 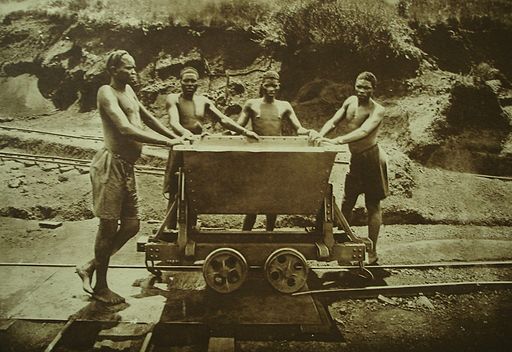 By 2050, Africa’s population will reach 2.5 billion, 200 million more than all of South Asia, while the population of China will be capped at 1.3 billion and that of all Europe-North America close to 1 billion people. In 2100, Africans will be 4.5 billion out of 11 billion people.

Therefore, the main challenge of this century is the emergence of sustainable Africa: Green Revolution, industrialization, urbanization (with an additional 900 millions urbanites in sub-Saharan Africa by 2050).

One of the major obstacles to this sustainable emergence is that many African states are hit by the “curse of mining and oil rents”: inequities in the sharing of the benefits between the states and the mining and oil operators, corruption and waste of public funds, stagnation of the non-financial sectors, uncontrolled urbanization and often, civil war…

This essay offers a thorough analysis of the situation and the ways to remedy it. The book is divided into three parts. The first part, theoretical, presents an economic analysis of the sharing and use of the mining and oil rents, of why prices and rents fluctuate and of the effects of these fluctuations. It lists and articulates the multiple facets of the curse and proposes a categorization of rentier states.

The second part, empirical, presents and comments on the numerous econometric studies that tried to verify and quantify the mechanisms of the curse. It offers an original study of the impacts of the rents on agriculture and urbanization in Africa.

The third part is a case study of eleven African countries, their mining and/or oil history, sharing and use of the rent within them. It offers a detailed illustration of the vicious circles of the curse, but also the “good practice” to fight it. The book concludes with a few recommendations aimed to rule out the curse.

To read an exerpt

Timothée Ollivier, former student at École normale supérieure de Lyon, engineer in water and forests, and PhD in economics, works for an industrial group in the energy sector.