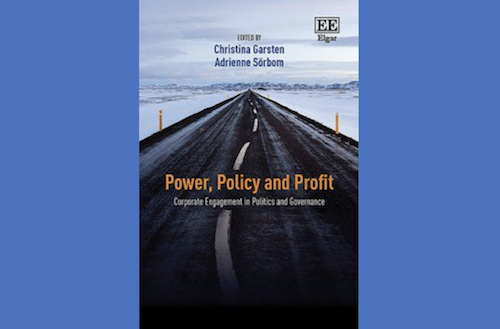 with three contributions from i3 members

Power, Policy and Profit investigates the manifold ways in which corporate actors attempt to broadly influence political activities. With intensified globalization of markets, the restructuring of provisions of welfare services and accumulation of private capital opportunities for corporate influence in politics affairs have multiplied. Bringing together scholars from different fields in the study of global governance, the volume addresses the rising influence and power of corporate actors on the national and transnational political scene.