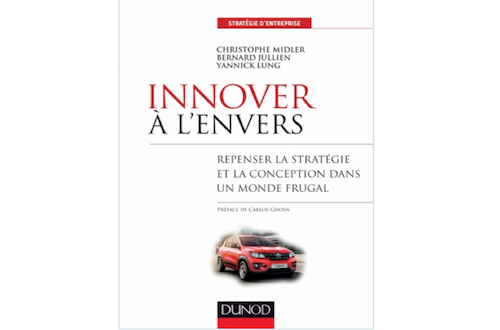 Here is a new book on innovation, based on the history of Renault Kwid project, a new low cost global car for emerging markets, a target with immense potential. After the success of the Logan epic, Renault asserts their strategy of conquering “from below” emerging markets starting with India.

This project started by developing a “low end” innovation strategy which introduces original compromises between the value of use and the cost of products, opening the markets to new customers hitherto deserted by the too costly and complex innovations.

The book is organized in two parts. The first part tells the story of the project that led to Kwid, from its strategic genesis to the current commercial deployment on the Indian market.

The second part puts this success story into perspective with the theories of innovation in the corporate world along three major axes: the characterization of the innovation processes capable of developing such breakthrough innovations; the analysis of the low cost strategies in large industrial groups, and the implementation of global innovation strategies in “reverse innovation”.